CYNTHIA Must Die, But MERCY Said No!

Cynthia, a young and charming girl once lived with her uncle, she was the only surviving daughter as she had lost all her family members in a motor accident when she was a baby.

Her uncle adopted her as his second child; he took very good care of her, ensuring that she lacked nothing. 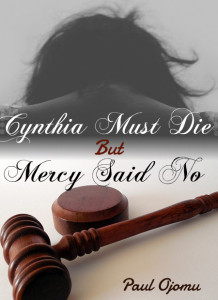 One day during the long vacation, Cynthia told her uncle that she was going for a special youth vigil in the church, at first, her uncle resisted because Cynthia had never gone out in the night alone for the past 16 years of her life, but Cynthia persuaded her uncle that all would be fine and she was going in the company of her friends living across the street.

Unknown to her uncle, Cynthia left for a party she was invited to by her friends on the eve of valentine! That was her first time in a night club, though Cynthia was raised in a Christian home, her fantasies and association with bad friends really influenced her so much that she desired to have similar experiences with her pals.

(Check other stories and articles on this blog: He took off my underwear,
My uncle had sex with me e.t.c  go to the home page or scroll down to see some other articles)  Remember to drop your comment.….continue reading

She got to the party at the delight of her friends, there were so many boys and girls dressed in all manner of skimpy dresses and the atmosphere was very romantic, in short it was all ‘love in the air’. From just a little touch by the guy that was dancing with Cynthia to some other very close contact dancing steps, Cynthia told herself she would go all the length except sex, but contrary to her self-will and decision power, that same night she lost her virginity. She returned home in the morning and told her uncle how great the ‘church vigil’ was.

Few months later, Cynthia discovered she was pregnant and to hide it from her uncle she went for an abortion (to murder an innocent child), unfortunately for her, there was a complication after the abortion was carried out, and she was referred to a bigger hospital where she was admitted.

Her uncle was devastated when he was informed about the incident. He reminded Cynthia how much love he had shown to her, so she could be a good girl that would be fervent in the service of the Lord and that would also become a plus to her generation, but Cynthia because of the love of the world did not take heed to all the warnings and advice.

When Cynthia eventually got back home, her uncle had already packed her things and told her that she was not going to live with him anymore, Cynthia was crying and begging but her uncle would not listen, soon Mercy, the only daughter of Cynthia’s uncle came back from the campus and pleaded with her father to allow Cynthia remain with them as they had been together all this years. Mercy was such a girl that her father could not resist her plea, she had been a devoted Christian right from her childhood, her life was a challenge to all the single girls and guys everywhere she went, in her school she was the leader of the evangelical team of her fellowship and also sang in the choir. Cynthia was allowed to remain because of Mercy’s plea.

Two years later, Cynthia got admitted to the same university where Mercy was in her final year. At the university, Cynthia started attending the same fellowship with her sister Mercy, but was not very committed as she still moves with bad friends, she was influenced to have a boyfriend like others and was partying around campus, and soon Cynthia stopped attending fellowship, every plea by Mercy for Cynthia to return back to God fell on deaf ears.

One day Cynthia went with her friends to a night party outside the campus. An argument started between Cynthia and a guy and before you know it Cynthia had stabbed the guy with a broken bottle, the guy died as a result of severe blood loss before getting to the hospital!. Cynthia ran back home and confided in her sister what happened at the party. Not long after, Cynthia was arrested by the Police and was charged to court.

On the judgment day, it was obvious from all the court proceedings that Cynthia would be sentenced to death probably by hanging as the case was a murder case punishable by death. The entire atmosphere was so tense, everybody started crying and sobbing, Cynthia’s friends were very sober as they watched the final decisive moment of their friend. Soon the judge read the death sentence passed on Cynthia and was about finalizing the court order when suddenly a young lady started shouting from behind, everyone turned and behold it was Mercy, she was running to meet the judge and was shouting No, No, No.

She told the judge she was responsible for the murder! Cynthia could not believe that Mercy could take her position, she started weeping. The case was reviewed, Mercy took the place of Cynthia… she was sentenced to death by hanging….

Mercy was remanded in prison pending her execution, Cynthia went to meet her at the prison, and Mercy told her that she wanted to give her the opportunity to dedicate her life to Jesus, which was the reason why she volunteered to die in her place, as she didn’t want Cynthia to go to hell. Cynthia wept and repented of all her evil and wrong doings and became dedicated to Jesus.

The final day came; Mercy was executed amidst tears and wailing.

Cynthia lamented… I was the one to die…. But Mercy said No!

I would have been rotting in Hell… but Mercy said no…

Thank you Jesus for redeeming my soul, thank you for giving me a second chance…thank you Lord, for your Mercy…..

Friend, why must you die in your sin when someone has taken your place!

Have you ever considered the consequences of the way you are living your life now without any regard for eternity. Your life is full of all manner of evils and vices, you are the popular boy or girl known everywhere for bad behaviors and you say to yourself “I must enjoy life to the fullest”.

The bible says there is a way that seems right unto a man, but the end of it is destruction!

Or in your own case, you were once born again but today the story has changed, you are not that girl/boy that your parent used to know, you are now a shadow of yourself, you now commit all manner of immoralities and live a degenerated lifestyle. The more you struggle to live a godly life the more you sink in the miry clay of sin, and now your confession is “oh wretched person I am, who will deliver me from the body of this death?

The bible says for all have sinned and come short of the glory of God, and the wages of sin is death; but the gift of God is eternal life through Jesus Christ our Lord (Rom 3:23, 6:23). Because all have sinned, all are expected to die! The devil is ready to have everyone in hell but thank God for Mercy…. the devil wanted you lost forever in hell! But Mercy said No!, Jesus has paid the price by His blood, he made himself the perfect substitute by taking our place on the cross of Calvary! He died so we can be set free!

Congratulations you have a second chance! Will you continue in your sin and end up in hell or will you accept the Love of God by accepting the substitute that has taken your place – Jesus Christ! “For God so loved the world that he sent His only begotten son that whosoever believes in Him should not perish but have everlasting life” John 3:16

“Let us, therefore, come boldly unto the throne of grace that we may obtain MERCY, and find grace to help in time of need” Heb. 4:16.

Today, you can accept this offer by simply bowing your head in prayer, confess all your sins to God and ask Him for forgiveness (He will forgive all your sins no matter how bad they seems to be, the bible says though your sins be as scarlet they shall be as snow, though they be like crimson they shall be white as wool), confess Jesus Christ as your Personal Lord and Savior, invite Him in to your heart; by saying this simple prayer.

“Lord Jesus, I have seen myself as a sinner, forgive me all my sins, and cleanse me with your blood. I confess and accept Jesus Christ as my Lord and Savior. Let all the works of darkness be destroyed in my life. Thank you Lord for accepting me as your child, let my name be written in the book of life. Thank you, Jesus, in Jesus name I pray (amen)”

If you have prayed this prayer wholeheartedly, I want to happily welcome you to God’s sweet family. As you have received forgiveness, you must forgive all those that has despitefully used and hurt you. The bible says forgive and you shall be forgiven!

I’m your friend,
Paul Ojomu
You can connect with me directly on Facebook  for a chat… https://www.facebook.com/ojomupaul

(Watch the short music video below by Cece Winans)

Read other articles on this blog:
He took off my underwear
My uncle had sex with me
I kissed Jezebel
How to attract the right guy
Single, Saved and Sexual…Understanding your sex drive
Once upon a Valentine
Pornography: The way out
and many more…
Check our “Best decision” Page to make the most important decision in your life. Click here.

For further counseling and questions, feel free to send an email to paul@youthandsingles.com or use the comment box below (your email will not be published)

Will you like to get instant updates for new posts? … enter your email address on the sidebar or below to subscribe.

P.S : Although the story above is fictional, and you may argue that current law practice may not uphold that kind of judgment where an innocent person will appear in the law court to take the place of an accused person, and be executed without further proof! It simply shows the gravity of what God did by allowing His innocent Son, Jesus Christ to be killed in our place.

P.P.S: A similar real story that happened in history was that of a priest, Father Maximilian Kolbe who died in place of a man that had a family in the Auschwitz concentration camp (Nazi camp) in July 1941.

COURTSHIP: What you need to know!

He wanted a divorce… but this happened!